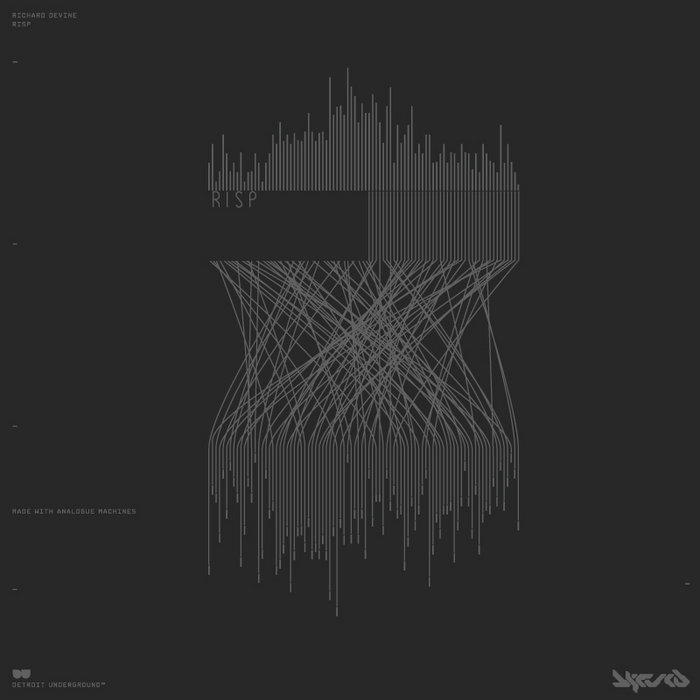 Dawid Kowalski This is an a perfect illustration of a mastery in state of the art, cutting edge music production and abstract sound design. Brilliant, breathtaking and tremendously inspiring.

Plonked Spectral:
The set plonks us down right into the up/down, start/stop, high/low, life/death paradoxes of being human; frequency distributions cascading across sensoria-spectrum in manic, hyper-kinetic, frigid, broken rhythm time signatures; alien sounds emerging from somewhere affecting an immediate, haunting, dis-orientation of senses. The result: New positivities for mind, body, and soul to deconstruct, realign and coalesce. If John Cage was the first and foremost to employ the fixed sound plane affirming process against all structure, floating time against pulsed time or tempo, Devine takes the principle to the next electroacoustic dimension deterritorializing and cutting through conventional assemblages (e.g. acts and statements / the intermingling of bodies reacting to one another) to reconfigure and make possible new ways to figure out how to suture wounds, heal, and become more fully human. It’s complex, mangled music to get one thinking anew, beyond/outside psychoanalysis, appreciating life both here and elsewhere, privileging experimentation over interpretation, pure modifications of speed replacing form, imagining new acoustic realities making possible actual transit to alien environments.

Oxin2lin:
The introduction of vector synthesis enhances interstellar/planetary/mind travel via less abrasive sounds and as the ears relax pleasing new warm feelings emerge; one feels the transfiguration of aural networks, of optimised cochlear transduction, of new configurations of the bones in the inner ear; new alignments of malleus, incus and stapes receiving RD’s intuitive work-flow process programming of the Octatrack generating never-before heard frequency distributions. With realignment, power structures seem to melt away making possible new forms of feeling and identity formation. This is sound design of the highest order.

Varseop:
Having arrived in the Octatrack otherworld brace yourself for a furious, head-first onslaught of complex cortex pinching, index shifting, unquantifiable rate/ rhythm bio-power manipulation driving down into the soul, demanding ball-rolling, toe-tapping body movements. At the core are mathematically based, all analog mutant bass frequencies un-like anything produced by anybody else on Mother Earth. Devine bears his chest and from within emerges, finally, the masculine soundscape component to Donna Haraway’s ‘A Manifesto for Cyborgs’, resulting, potentially, in new unifications of women and men, perhaps even the erasure of gender altogether through RD’s cyborg as a simultaneous amalgam of fiction and socially lived experience – a simultaneity fundamental for the belief in liberation.

An award-winning sound designer and electronic composer whose sounds are applied to consumer products worldwide that range from smartphones to electric cars and touch on leading-edge areas such as AI and Virtual/Augmented reality environments. He has worked with the likes of Sony, Microsoft, Google, Jaguar, BMW, and Nike. ... more

Bandcamp Daily  your guide to the world of Bandcamp